By not locking down, the Nordic outlier has in effect 'front-loaded' its deaths and decreased those deaths later on. 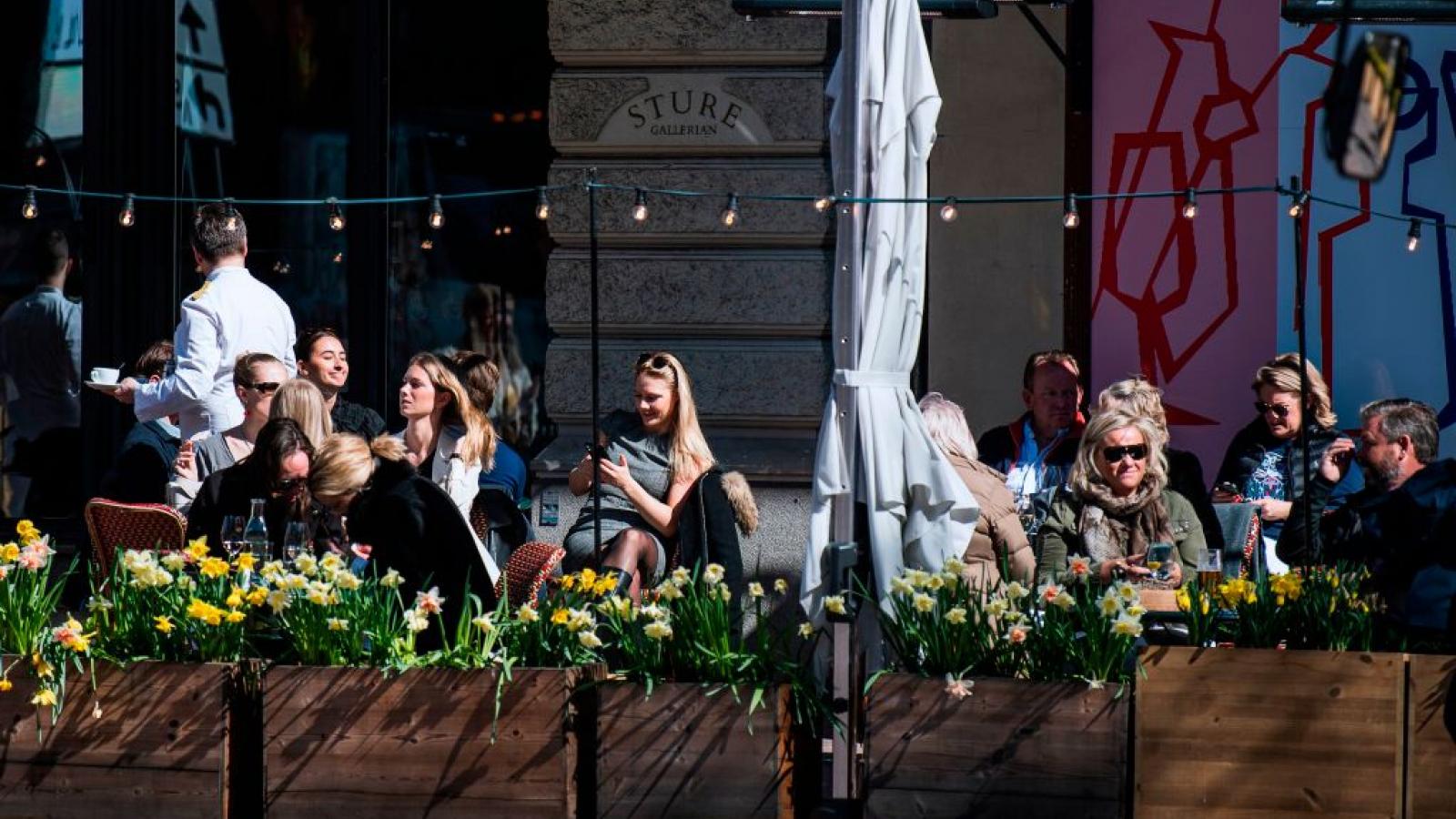 Diners enjoy the spring weather at a restaurant in Stockholm during the coronavirus pandemic, April 15, 2020

Sweden managed to stay out of both major conflicts of the 20th Century, but now finds itself alone in a massive propaganda war. Over COVID-19.

The Nordic country has refused to resort to the sort of lockdown embraced by much (although not all) of the rest of the world. Under the design of chief epidemiologist Anders Tegnell, “Sweden shut only its high schools and colleges, kept its preschools, grade schools, pubs, restaurants and borders open — and put no limits on the slopes,” noted the New York Times.

And even as NPR declares the American “Restaurant Industry Faces a Sudden Collapse,” the Swedish chef remains gainfully employed,

In short, Sweden has sought to contain the virus without drastically curtailing either economic activity or civil liberties, unlike so many other countries. In Hungary, for example, a new law makes spreading “false information” about the pandemic punishable by up to five years in prison.

Meanwhile, Western opinion elites are freely indulging in Sweden-shaming. A sample of typical headlines might include:

Even President Trump, who has become increasingly feisty in pushing for reopening the U.S economy, has said “Sweden’s suffering very, very badly.”

Modelers have sought to scare Sweden into locking down with horrific predictions. Several models forecasting appalling numbers of Swedish deaths have appeared online without benefit of peer review. One that came out after the Swedish epidemic had peaked nonetheless predicted an incredible median of 96,000 deaths, with a maximum of 183,000.

At Sweden’s Lund university an academic used the parameters in the now-infamous Imperial College model of Neil Ferguson and others to warn that it meant 85,000 deaths for Sweden. An Uppsala University team also found Sweden paying a terrible price because “no full lockdown has been ordered so far.” It projected 40,000 Covid-19 deaths by May 1 and almost 100,000 by June. (Actual Swedish deaths as of May 17 were about 3,700.)

But bypass the headlines, models, and pronunciations and go directly to the data — and it looks more liker Sweden is doing just fine, thank you very much.

One data site, Our World in Data, uses statistics collected by the European Centre for Disease Control. It allows users to choose which countries to compare and produce a huge selection of line graphs, either log or linear. To view Swedish deaths against those of other countries, click here and add whatever nations you wish. Mind, all the countries have peaked, with deaths headed downward, so we shouldn’t expect any sudden surprises.

Yet what seems like a simple comparison may not be because of different ways of categorizing deaths, but here’s one that stands out above all. To the extent locking down “prevents” infections, it’s actually just delaying them. The original lockdown concept, forgotten once the goalposts were reached, was to keep health care systems from being overwhelmed by “flattening the curve.”

“Locking down is saving time; it’s not solving anything,” says Tegnell. By not locking down and flattening, to the extent that flattening works, Sweden has in essence “front-loaded” its deaths and decreased those deaths later on. That may help explain why it has significantly more per-capita deaths than the other Scandinavian countries. 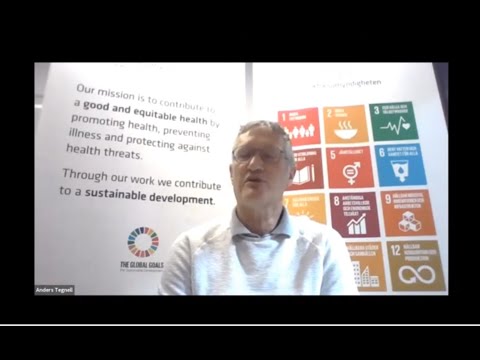 This is not invoking the controversial issue of “herd immunity,” which many advocates of the “Swedish model” (including Sweden’s own ambassador to the U.S.) have proffered, but is one that Tegnell has explicitly rejected for Sweden or any other country. Tegnell speaks, instead, of “some immunity,” meaning perhaps 20-25%. Herd immunity requires extremely high proportions of a population protected by vaccination, for example 85–90% to prevent transmission of mumps.

“Some immunity” is the advantage Europeans had over Native Americans, who were devastated by smallpox even as the Europeans had by that time acquired a relatively high degree of partial immunity (meaning fewer, less deadly, and less disfiguring cases). New research indicates that infection with the COVID-19 virus does confer long-term immunity, even as it appears many people have some prior protection, perhaps from the coronaviruses that cause colds.

As for economic suffering, Sweden as a nation of only 10 million is highly dependent on international trade and therefore is going to be dragged down by less trade with countries that did ruin their economies. Even so, “Sweden has been less damaged economically” than its Nordic neighbors, noted EuroNews on April 21. “Personal spending in Denmark is down 66 per cent and in Finland it stands at 70 per cent, compared to only 30 per cent in Sweden. Unemployment claims in Norway are rising four times as fast as those in Sweden. The latter’s overall economy is not expected to slump to nearly the same degree as much of Europe.”

But the Swede-shaming continues apace. “Sweden unlikely to feel economic benefit of no-lockdown approach,” warned the Financial Times in a May 10 headline. It admitted that so far Sweden has fared better, but select “analysts” cautioned it wouldn’t last.

Sweden isn’t the only European country that didn’t lock down. Iceland didn’t either, and can point to a minuscule death rate/per 100,000 population of 2.83. “We have taken a middle of the road approach, rather than lockdown,” reports Kari Stefansson, founder and CEO of deCODE, an Icelandic subsidiary of U.S. biotech company Amgen. “Elementary schools, childcare and stores are still open, for example, but we have banned gatherings of more than 20 people and closed theatres and concert halls.”

Instead, the small island nation engaged in massive testing and actual contact tracing (as opposed to the usual tracing of friends, family members, and co-workers) followed by quarantining of infected persons.

(Don't be deceived: There’s no inherent advantage to having a small population in a tiny geographic area. The European microstates of Andorra and San Marino locked down and yet have extremely high per-capita death rates. As for any island effect, Ireland’s death rate is ten times that of Iceland's.)

Two countries cannot be compared in the way drug developers use two sets of matched rodents. Wealth, culture, climate, population density, and a host of other features will vary. Working against Sweden, for example, is that respiratory viruses tend to hate warm, moist, sunny weather, and it appears coronavirus is no exception. Scandinavia is known for none of the above.

On the other side of the equation, it has been suggested that Swedes tend to be naturally “socially distant” compared to people in other cultures (those in Southern Europe come to mind). Iceland can be expected to have a lot of overlap with Sweden, but regimes with far denser populations and vastly different cultures such as South Korea and Hong Kong also didn’t lock down and have extremely low death rates. 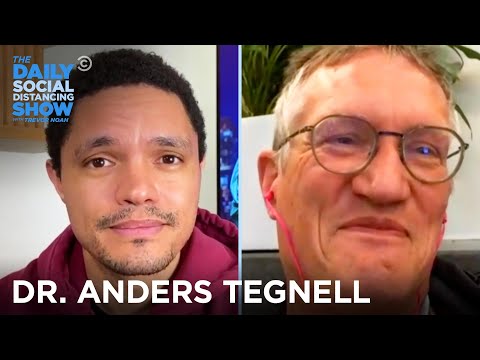 Tegnell says that some aspects of Sweden’s model can be adopted by other countries, others cannot. For now, it is safe to say that the more dire predictions of the Swedish model’s critics have not materialized. The Swedish approach has even received praise from the unlikeliest of sources, the World Health Organization. The virus didn’t overwhelm Sweden’s public health system, and antibody testing will probably reveal a high number of people already infected who therefore won’t comprise a “second wave,” even as Sweden's economy and civil liberties were spared the ravages exacted by draconian lockdowns across much of the world.