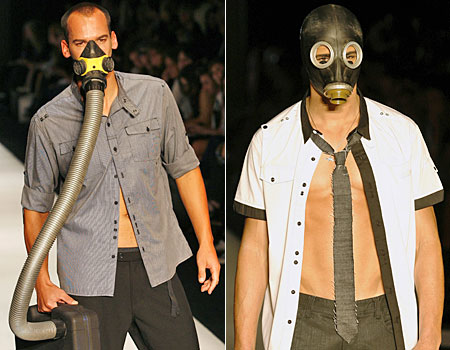 It never quite came to this, but you have to admit it's chic!

This year’s flu season has just ended—with far fewer deaths than usual. Now who will hold health officials and experts to account for their false predictions of a swine flu "pandemic"?

The predictions weren’t simply wrong, mind you: They were scientifically baseless and irresponsible.

The President’s Council of Advisers on Science and Technology warned of a "plausible scenario" of 30,000 to 90,000 US deaths. In The Washington Post, respected flu-book author John Barry estimated 89,000 to 207,000 deaths. And the Obama administration twice declared swine-flu "national emergencies."

Yet merely 12,500 Americans died of flu this season, reports the Centers for Disease Control and Prevention—a third the average number.

Public-health officials are trying to take the credit (and thus dodge the blame for fostering pointless panic)—but their claims don’t hold up. Virtually no swine-flu vaccine was available until after the epidemic peaked in October. And so few doses were actually administered that 71 million are landfill bound. Hand-washing campaigns probably also had little effect, insofar as there’s little evidence hand hygiene prevents flu spread.

In fact, it was clear from the onset that swine flu was remarkably mild. New York City data from spring 2009 showed that regular seasonal flu was 10 to 40 times deadlier. By early July, data from the entire United States, Canada and the European Union all showed swine flu to be just a piglet.

We even knew why swine flu was milder. The H1N1 virus (of which swine flu is a variety) has been circulating since 1977, conferring partial immunity on whomever contracted it. I wrote about this, but health authorities felt you didn’t need to know.

The worst aspect of the hysteria was health officials’ all-out drive to panic parents into inoculating their kids—with a vaccine that wasn’t even available at the time.

Worldwide, it was the same nonsense, with predictions of as many as 9 million deaths. The World Health Organization labeled swine flu a "pandemic"—thereby invoking the specter of the true pandemics of the 20th century, which killed 1 million in 1968-69, 2 million in 1957-58 and 50 million in the awful "Spanish flu" of 1918-19.

Wrong. The WHO has now confirmed just 18,000 swine flu deaths worldwide (though that will rise somewhat as delayed reports arrive).

So how could swine flu possibly qualify as a "pandemic?" It didn’t! The WHO rewrote the definition of "influenza pandemic" after the swine-flu outbreak. 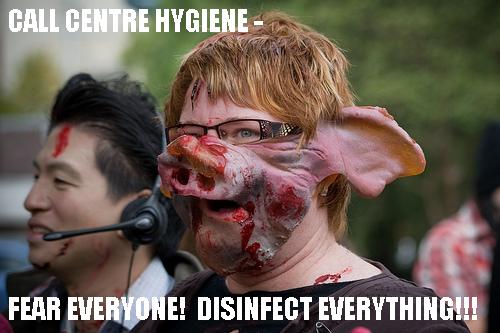 At the time, its official definition required "enormous numbers of deaths and illness." The rewrite essentially eliminated severity as a factor—you can now have a pandemic with literally zero deaths. (The WHO indignantly claims it never changed the definition—but the evidence is all over the Internet, including the agency’s own Web site.)

The Parliamentary Assembly of the Council of Europe has accused the WHO of promulgating a "false pandemic." But WHO head Margaret Chan insists that we were "just plain lucky."

In fact, health agencies have every motive to vastly exaggerate infectious-disease threats, because the scares reliably increase the agencies’ budgets and authority over individual governments. Hence the UN predictions that avian flu would kill 150 million, the WHO’s promotion of the 1993 SARS panic (744 deaths worldwide, zero Americans)—and, before that, the WHO’s 12-fold exaggerating of worldwide HIV infections.

Since it’s never been called to task for its panic-mongering, the WHO has nothing to lose—except its credibility, of course. How many more rounds of this do we need before the public ignores all such health warnings? One day the World Health Organization may correctly predict a real disaster—with a reaction we can foresee from the story of the boy who cried wolf.