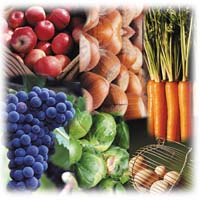 So should those taking antioxidants (myself included) flush them, or better yet start making funeral arrangements?

Neither. Driving the media frenzy was a full-court press comprising a questionable medical journal report, a spooky accompanying commentary, a more alarming and sensationalist press release, and even a sensationalist quote on the cover. "The prospect that vitamin pills may not only do no good but also kill their consumers is a scary speculation," the cover quote read in part, drawing not from the report at all but from The Spooky Commentary.

According to the Associated Press (AP), in the October 2 issue of the British journal The Lancet, "Scientists pooled the results of 20 years of research [in what’s called a "meta-analysis"] involving more than 170,000 people considered at high risk of developing gastrointestinal cancers. Antioxidant supplements investigated included vitamins A, C and E, as well as selenium, in a total of 14 trials."

In a statement, team leader Dr. Goran Bjelakovic boldly declared: "The antioxidant pills except selenium are useless for prevention of gastrointestinal cancers." Yet in the report itself the conclusion was simply that "antioxidant supplements might not be beneficial for cancer prevention." That doesn’t seem to translate into "useless;" but this may reflect bias that Bjelakovic brought into his research. For if anything, it’s his report that was useless.

One problem is that, despite the AP’s assertion, the length of the studies ranged from only one to 12 years. Yet the massive laboratory evidence that antioxidants prevent cancer indicates they act by preventing mutations that lead to tumors. And we know it usually takes a 5-40 years for a growing tumor to become detectable.

It’s inane to expect to see statistically significant results, positive OR negative, in a study lasting just a few years or less.

Add to all its other problems that the

Moreover, "In nine trials, the effect of antioxidant supplements was accessed in people with a high risk of cancer." said the report. Many of these probably had sizeable lumps before popping a single pill.

But what about "The prospect that vitamin pills" may actually "kill their consumers?"

It’s outrageous, says Jeffrey Blumberg, chief of the antioxidants research lab at Tufts University in Boston. The Spooky Commentary itself said that there would have been no statistically significant increase in deaths, "If the more appropriate random-effects meta-analysis had been used."

Worse, notes Blumberg, "Of the 14 studies, only six were used for mortality data. And of those six, only one drove the entire analysis." That one, from 1996, used beta carotene with persons at high risk of cancer because they were current or former smokers or had high exposure to asbestos from their jobs. Cancer risk actually increased for those taking the supplements.

But "The problem [was] partly the smoking, partly the beta carotene, and partly the oxygen-rich environment of the lungs," notes the prestigious Berkeley Wellness Letter. In other words, the entire media fright fest was based on one study evaluating one supplement in a unique circumstance using methodology that even The Spooky Commentary said was wrong. Yet the AP story didn’t even mention beta carotene as one of the evaluated supplements.

When the Lancet researchers decided to include the beta carotene study (out of virtually countless ones evaluating antioxidants and cancer), it was a given that the combined results would be inconclusive or even show harm. "They knew what they’d find when they started out," Blumberg told me.

On the other hand, the report admitted that one antioxidant, selenium, "showed significant beneficial effect on the incidence of gastrointestinal cancer." Doesn’t it make sense then that other antioxidants alone or in combination might work against other cancers? This reverses not only The Lancet’s thrust but that of literally every headline I read on the report.

So where does this leave us?

We know that in the lab and in rodent studies, antioxidants have been extremely effective in preventing cancer. Further, as Blumberg states, "Literally dozens and dozens of studies with antioxidant supplements show a reduction in the risk of a variety of diseases, though they’re not statistically significant [due to their small size] so I don’t say they prove anything; I just say they’re suggestive."

People who consume large amounts of antioxidants in food have much lower rates of cancer, although it confuses things that there are many other nutrients in the food and that those who take supplements are more likely to eat better and have healthier lifestyles in general.

This hardly supports giving antioxidants the flush, but rather continuing research to find which ones are most effective against what and in which combinations. If sensational stories cause people to stop popping their pills and prompt enough drop-outs to terminate some of the many clinical trials now researching antioxidants, it is they which "may cause early death."