Robert Redfield takes dire view of scope of coronavirus, but it helps to know he was a driving force behind AIDS hysteria of the '80s and '90s. 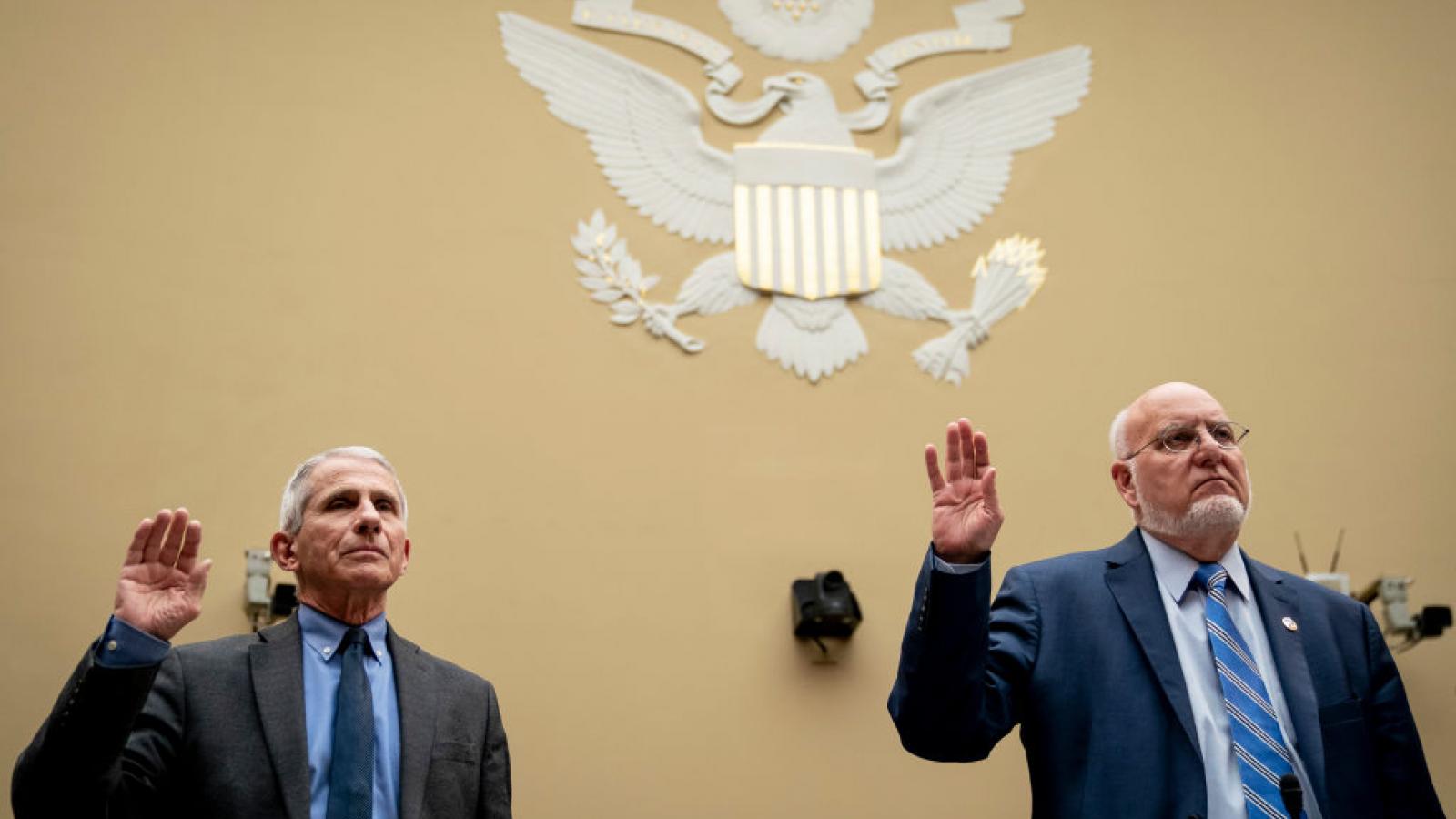 The Centers for Disease Control and Prevention (CDC) is increasingly on the hot seat for its performance during the pandemic, from its testing and counting of COVID-19 cases to its chief's predictions for a second wave of the disease.

For CDC Director Robert Redfeld, whose predictions about the AIDS virus decades ago drew unflattering scrutiny, it is familiar territory.

The latest controversy reportedly centers around concerns over the CDC's tally of coronavirus cases and deaths, which Dr. Deborah Birx reportedly challenged last week during a meeting of the White House Coronavirus Task Force she leads.

“Birx and others were frustrated with the CDC’s antiquated system for tracking virus data, which they worried was inflating some statistics — such as mortality rate and case count — by as much as 25 percent,” according to the Washington Post.

The newspaper quoted two sources who alleged Birx said, “There is nothing from the CDC that I can trust." White House and CDC officials did not immediately return calls Sunday seeking comment on the report.

Concerns about possible CDC overcounting of COVID-19 deaths follow recent alarming speculation by Redfield about the severity of a feared second wave of the disease with the return of cold weather.

“There’s a possibility that the assault of the virus on our nation next winter will actually be even more difficult than the one we just went through,” Redfield warned recently in a Washington Post interview. “We’re going to have the flu epidemic and the coronavirus epidemic at the same time.”

He added that “when I’ve said this to others, they kind of put their head back, they don’t understand what I mean.”

However, the first “assault” was also concurrent with the flu. More importantly, several key differences this fall should tend to make coping with the virus easier, not harder:

Redfield takes a dire view of the severity of the coronavirus pandemic relative to historical precedents.

“I think it’s important for the American public to understand about the potential magnitude of the challenge that we have,” he told a Salt Lake City radio program earlier this month. “This is the greatest public health crisis that has hit this nation in more than 100 years.”

He emphasized, “That’s not a hyperbole; that’s just a fact.”

“More than 100 years” means at least to 1919. That happens to be when the single greatest flu epidemic ever was sweeping the world. The “Spanish flu” killed an estimated 675,000 Americans, equivalent to over 2 million adjusted to current population.

With U.S. deaths having peaked some time ago according to the European Centre for Disease Control, and even using the controversially expansive CDC definition of Covid-19 death requiring no test, we appear to be falling far below that figure, with a current death toll of 70,802. (Experience from Italy indicates that a subsequent evaluation for deaths actually caused by the virus should drop those numbers dramatically; they found only 12% direct causation.)

There were also flu pandemics declared for 1957-58, 1968-69, and the so-called “swine flu pandemic” of 2009-2010. The last was mislabeled, as this reporter noted at the time. The World Health Organization had to change the definition of “pandemic” to make it fit, and it actually killed far fewer people than the seasonal flus that preceded and followed it. And the 1968-69 flu also wasn’t particularly deadly.

But the “Asian flu” of 1957-1958 killed an estimated 2 million people worldwide and about 70,000 in the United States, or about twice the mortality from coronavirus relative to population population. Even with that expansive definition of death causality, 140,00 Covid-19 deaths seems highly unlikely.

In evaluating Redfield’s coronavirus predictions, it helps to know that Redfield was a driving force behind early warnings about AIDS in the 1980s and 1990s.

In this writer’s 1990 book, “The Myth of Heterosexual AIDS,” he is mentioned on 24 pages. A sample: “Dr. Redfield, amazingly, has declared [the chances of] male-to-female vaginal HIV to be 50 percent per contact.” Yet data already available at that time showed that if neither partner had genital sores or other openings, odds approached zero.

Redfield also threw his weight behind an HIV vaccine in 1992 that proved worthless — although an Army investigation (he was a colonel at the time) found no official misconduct.

Perhaps the costliest failure of Redfield’s career comes from the current crisis, specifically the CDC’s mishandling of initiating Covid-19 testing, which put the U.S. behind the rest of the world.

Foregoing a test developed in Germany for the World Health Organization and used widely across the globe, the CDC opted, in keeping with its standard practice, to develop its own test. In doing so, however, the CDC failed to follow appropriate manufacturing procedures according to a Washington Post investigation. This led to contamination of one of the components used in the tests and further delay.

Finally, “On February 28, nearly 50 days after the virus’s genetic sequence was made available, the FDA approved the CDC’s existing tests to be used in the US,” noted the publication Vox. This delay not only affected treatment protocols, but to this day it affects our understanding of how the epidemic has spread — although now antibody tests are being used to develop a better sense of that and finding vast numbers of people have been infected without apparently even knowing, because this is generally a very mild disease.

As of publication time, the CDC media office had not provided Just the News substantive responses to the claims in this article, but we will update it with the agency’s response, if and when one is received.

But Redfield has sounded content with his agency’s performance.

“Confronting global outbreaks and protecting Americans is what we do,” Redfield wrote in an email obtained by ProPublica. “More and more, people are turning to us for guidance, and we respond consistently with evidence-based information and professionalism.”

The question remains: Is there any penalty in the nation's public health system for predictions that proved inaccurate but left widespread, unfounded fear in their wake?

Back in 1983, one scientist and doctor was sole author of a paper in the prestigious medical journal JAMA which stated that AIDS might be transmissible through “routine close contact, as within a family household.” That turned out not to be true, of course, but in the meantime the media had widely propagated the myth, naturally setting off a wave of hysteria.

Nevertheless, within months the author was promoted to chief of the National Institutes of Allergies and Infectious Diseases, a position he still holds. The author’s name? Dr. Anthony Fauci.