Has there been an "epidemic" of black church burnings? Or just an epidemic of demagoguery about The Meaning of it All? There’s certainly been no shortage of the latter.

Take the Rev. Jesse Jackson, who claimed the fires were driven by "a cultural conspiracy" brought about by a Republican-controlled Congress, anti-affirmative action proposals and, well, anything or anybody else the Civil Rights Industry doesn’t happen to like — especially the Christian Right.

Then there’s Mary Frances Berry, the chairman of the U.S. Commission on Civil Rights (U.S.C.C.R.). Talk about kicking a gift horse in the mouth — and I do mean kicking. 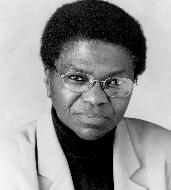 After the Christian Coalition set up a fund for burned black churches in July, Berry said "You have the very people who created the context for the fires rushing over and saying ’Let us help you put them out.’"

I’ve got no trouble with that last headline. But the other headlines are simply not reflected in the Commission’s findings, a survey by the Department of Justice (DOJ), nor any other credible source.

Berry did do her best to spin the conclusions. "Some fires in which the perpetrators have been charged and convicted were not set for racial reasons she said." Some?

Depending on whose count you use, there have been about 90 black church arsons since the beginning of last year.

Of those a grand total of three, yes three, clearly had racial motives. Two of these, in South Carolina, were lit by the same two men. The third was set by a bunch of drunk rednecks in Tennessee acting impulsively after getting in an argument with black pimps and patrons at a black bar.

Some conspiracy — cultural or otherwise! It also hardly supports the assertion of the U.S.C.C.R.’s southern regional director that "The church burnings are reflective of increased racial tensions in America."

Somehow the mention of those three churches slipped past both Berry and the national media. Berry also forgot to mention that of all the arsonists arrested for burning black churches over the last two years, a third were themselves black.

Instead, she and the media referred to 20 percent of the burnings having "appeared to be racially motivated." But just what does that mean? Generally, it means some racial graffiti had been left in the area — with "area" being as much as three miles away. The graffiti was left at some time around when the fires were set — with "around" being as much as a year earlier. Proof? Hardly.

You may recall hearing last July that somebody painted swastikas on barracks doors at Ft. Bragg, North Carolina. President Clinton cited this as an act of racism in his acceptance speech at the Democratic National Convention. Yet days before the Clinton speech, media reports had already implicated a black man as the vandal, and indeed he was later indicted for the crime.

As to the alleged "epidemic," insurance officials have said that the number of fires is fairly consistent with past years — with two big differences. First, in past years a lot of church arsons simply weren’t reported. Most crimes, especially those involving only property, aren’t. But suddenly, with all the media attention, all church fires, arson and otherwise, were making front-page news.

Much more insidiously, a monthly breakdown of Southern black church fires provided by the DOJ supports the suspicion of many investigators that to the extent there has been an "epidemic" at all, it was media-driven — the result of copycat fires. As the North Carolina attorney general said of one arsonist, he "started the fire because he had seen them on television."

Other than an upward spike in December 1995 and January 1996 (of which several of the fires were apparently related), the only real increase in black church fires came after media coverage began in February 1996 and picked up in late May.

As I and others have documented, the great church-burning epidemic of 1996 was a deliberate hoax, perpetrated originally by two far-left groups — the National Council of Churches (NCC) and the Center for Democratic Renewal (CDR). The Civil Rights Industry, like any other, wants to stay in business. If you can’t find enough real racism to get lots of media attention and fill your coffers, you fabricate it. The media, led by USA Today, were only too glad to help.

So it was that people like the Rev. Mac Charles Jones, a high official in both the NCC and the CDR, proclaimed "99 percent of these fires are . . . racially-motivated crimes." Said Jones, "You’re talking about a well-organized white-supremacist movement," a case of "domestic terrorism."

Meanwhile, Deval Patrick, Clinton’s Assistant Attorney General for Civil Rights, insisted "that many, if not most, of the fires are driven by racial hostility," adding that, "We have race relations at, in many respects, an all-time low."

Or would it be truer to say that racial demagoguery is at an all-time high?